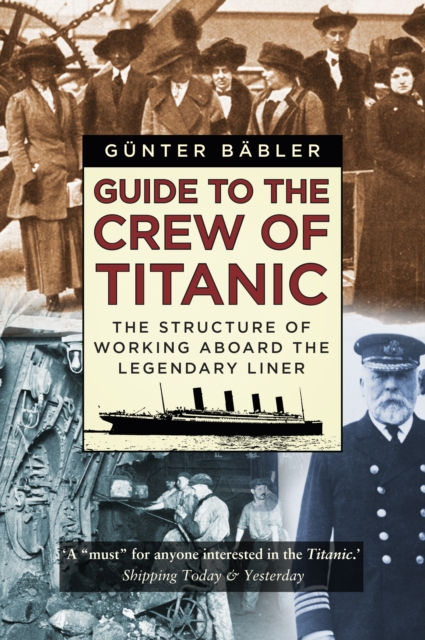 Guide to the Crew of Titanic : The Structure of Working Aboard the Legendary Liner Paperback / softback

Much has been written about Titanic, the British passenger liner that sank on her maiden voyage after a collision with an iceberg in 1912; however, until now little mention has been made about the intricate world of the ship's complement, which comprised more than the total of third-class passengers alone.

Titanic researcher Gunter Babler examines in detail the working structure of the crew, including the complex arrangement of the engineering department and information on tips, salaries and hidden bonuses, while each of the 899 crew members on board is mentioned.

This valuable study breathes life into the forgotten but significant story of the ship and its relationship to its crew, of whom over 75 per cent died when Titanic sank.