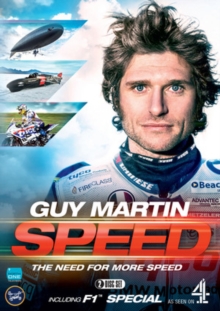 All four episodes from the third series of the Channel 4 documentary in which presenter Guy Martin embarks on a number of speed oriented challenges.

Throughout the show, the motorbike racing mechanic tries to break the motorcycle land speed record, attempts to cross the English Channel in a human-powered airship and competes in the Nevada Open Road Challenge in a Transit van.

The collection also includes the 'F1 Special' in which Guy competes against David Coulthard to prove a motorbike's superiority over a Formula One car.