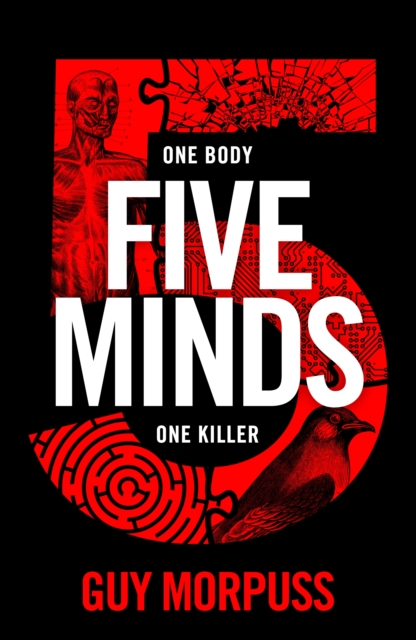 'An addictive read that will remain with you long after you emerge from the rabbit hole' - THE TIMES'A marvellously twisty whodunnit [with] the brutal, clockwork ingenuity of an Agatha Christie mystery' - FT 'A pacy, exciting and most unusual crime story' - GUARDIAN________________________________________SHARING A BODY CAN BE MURDERThe Earth's spiralling population has finally been controlled.

Lifespans are limited to eighty years, except for those who make an extreme choice: to become a commune.

Five minds sharing one body, each living for four hours at a time.

But with a combined lifespan of nearly 150 years. Alex, Kate, Mike, Sierra and Ben have already spent twenty-five years together in what was once Mike's body, their frequent personality clashes leading to endless bickering, countless arguments, and getting themselves stranded on a Russian Artic freighter.

Wanting to buy upgrades for their next host body, they decide to travel to a Death Park where time can be gambled like money.

But things go very wrong when Kate accepts a dangerous offer, and one of them disappears. Someone is trying to kill off members of the commune.

But why? Is one of them responsible? Or is an outsider playing a deadly game? It's hard enough to catch a murderer. It's almost impossible when you might be sharing a body with them... This brilliant murder mystery blends classic crime with speculative fiction in a stunning debut. ______________________________________'This clever, twisty debut really delivers.

Gripping, well-written and intriguing on every level' - SARAH PEARSE'Brilliantly inventive.

If you liked The Seven Deaths of Evelyn Hardcastle, you'll love this' - EVE SMITH'Morpuss is set to become a powerhouse in speculative crime.

A feast of a book' - HELEN FIELDS 'A whip-smart, searing debut, which grinds into the mind like cursed clockwork' - MATT WESOLOWSKI 'A mind-stretching and irresistible premise deftly spun into a twisty, page-turning action-thriller' - PHILIPPA EAST 'Consider my single mind blown!

Nothing short of a cross-genre masterpiece' - ADAM CHRISTOPHER 'The world-building of Gibson with the pace of The Running Man.