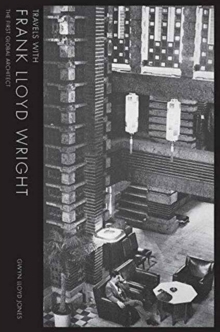 By retracing Frank Lloyd Wright's footsteps on journeys he made beyond his homeland of the USA, this book explores his global ambitions and his lasting legacy and offers an original and contemporary view of Wright and his architecture.

While Lloyd Wright is perceived as the quintessential American architect, in fact he was well-travelled, and these six journeys were to develop and promote his globalising 'organic' philosophy.

The author takes off first to Japan and Germany to explore the way Wright's visits to these countries informed and framed his 'Prairie House' period.

He then travels to Russia and the UK, where Wright presented his global 'Usonian' manifesto.

The final two chapters pursue Wright to Italy and the Middle East as part of his 'Legacy' period.

The book is beautifully illustrated with Wright's own sketches and photographs, as well as some historical photographs of Wright's original journeys and works.

The author meets people who are living and coping with Wright's 'organic' architecture today and asks them whether their homes are still true to Wright's intent or whether there is something else that made their home particular.By considering Wright beyond America, his architecture is critiqued against different cultural settings so that it can be evaluated as emerging from a new globalised era of architectural production. The author reflects on Frank Lloyd Wright as an early promoter of globalisation - in fact, as the first 'global architect'.