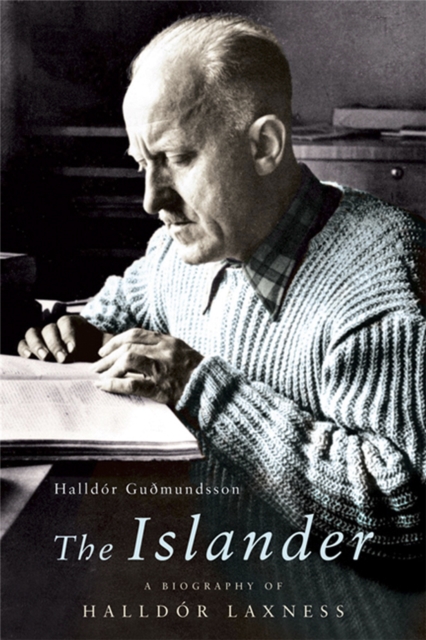 The Islander : A Biography of Halldor Laxness Hardback

Halldor Laxness won the Nobel Prize for literature in 1955.

During his life, which spanned nearly the entire century, he not only wrote sixty books, but also became an active participant in Europe's idealistic debates and struggles. In the 1930s, Laxness became attracted to Soviet communism.

He travelled widely in the Soviet Bloc and, despite witnessing some atrocities, remained a defender of communism until the 1960s.

But his political leanings never dominated his work.

Laxness continually sought to divulge the world of beauty that lurks beneath the everyday, ensuring his artistry remained a sanctuary of humanism and reflection.

In this biography, Gudmundsson has been granted access to unique material by Laxness' family.

As a result, the interrelationships between Laxness' personal life, his politics and his career are meticulously examined.

What emerges is a grand description of a fascinating personality in which the manifold conflicts of the 20th century are mirrored. 'Laxness is a writer of the first degree, a writer I dreamed of coming close to' - Boris Pasternak, 1960 'When in a bad mood I have picked one of your books. And there the pure and deep sound has welcomed me, strong and charming from the first page' - Karen Blixen in an open letter to Laxness in 1952