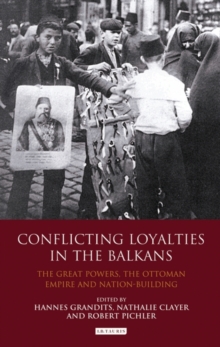 Conflicting Loyalties in the Balkans : The Great Powers, the Ottoman Empire and Nation-building Hardback

The collapse of the Ottoman Empire resulted in the birth of new nation states in the Balkans in the late nineteenth and early twentieth centuries. 'Conflicting Loyalties in the Balkans' explores the effects of the Ottoman reform era upon Balkan societies in order to shed much-needed light on the history of this region during the early nation-state period.

Focusing on developments which go beyond the over-researched dimension of political or elite discourse, this book offers insights into the complex ways in which Balkan societies were transformed from different regional viewpoints - focusing on the interplay between Great Power politics, state reforms and social dynamics on the ground.

A thorough investigation of the conflicting loyalties which has shaped the political framework of the post-Ottoman Balkans, this is an important and fascinating insight into the logic and contradictions of daily life in a crucial period of Balkan and Ottoman history.