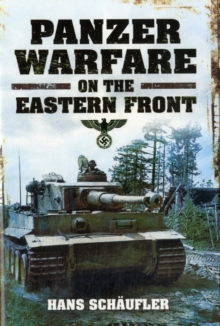 From Barbarossa to Stalingrad, from Kursk to Kurland, panzers formed the backbone of the German forces that attempted to defeat the Soviet Union between June 1941 and May 1945.

Written by tank veterans who survived the Eastern Front, Panzer Warfare on the Eastern Front provides a firsthand look at armoured combat in that epic theater of World War II.All the major panzer operations and campaigns are covered in the words of men from the 4th, 9th, 11th, 16th, and 18th Panzer Divisions: Operation Barbarossa, the opening invasion of the Soviet Union; the second offensive of 1942, culminating in Stalingrad; the massive armour battle at Kursk in the summer of 1943; the disastrous disintegration of the front in 1944, when entire units were decimated by tides of Soviet tanks; and the bitter, chaotic fighting as the war ended in 1945.With from-the-turret immediacy, the accounts compiled here capture what it was like to fight in a panzer on the Eastern Front, where whole crews could be wiped out by a single enemy shell, where enemy tanks could lurk just beyond the tree line, where muzzles could flash and thunder in the calmest nights.One veteran remembers his commander's final words before launching a desperate attack: "Write your wills, comrades!" Another describes how an officer played an organ in a bombed-out church--a jarring but peaceful moment amidst the carnage of war.

Others recount acts of compassion and humanity, such as food provided by Russian peasants and a Soviet soldier who refused to fire.

All of them convey the heady joy of victory and the fear and anguish of stalemate and then defeat.These are war stories with a powerful punch. 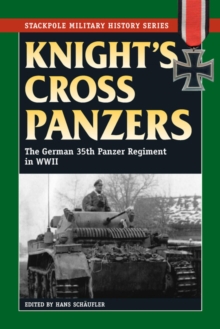