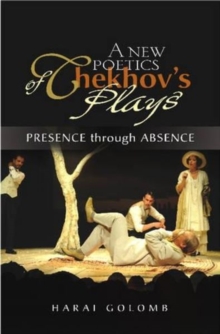 One century after the death of Anton Chekhov (1860-1904), his plays are celebrated throughout the world as a major milestone in the history of theatre and drama.

Outside the Russian-speaking community, he is undoubtedly the most widely translated, studied and performed of all Russian writers.

His plays are characterised by their evasiveness: tragedy and comedy, realism and naturalism, symbolism and impressionism, as well as other labels of school and genre -- all fail to account for the uniqueness of Chekhovism', (i.e., the essence of his artistic system and world view). Presence through Absence is a bold attempt to map the unique structure and meaning that comprise Chekhov's immensely rich artistic universe.

Golomb's text is an incursion into Chekhov's vision of unrealised potentials and present absences.

His timeless works are shown with rare insight and clarity to have artistic principles and coherence above and beyond the scope of the individual play. 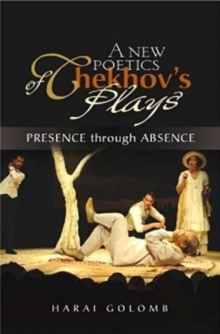 A New Poetics of Chekhov's Plays