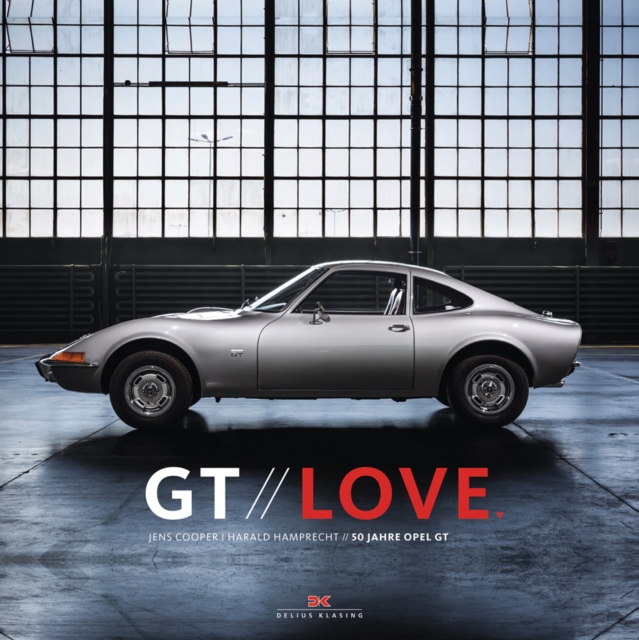 "When I was a young boy and saw the Opel GT, I knew: When I grow up, I must have this car.

My wish came true." So says Opel manager Karl-Thomas Neumann in his preface.

Bob Lutz, the living automobile legend, an 84-year-old combat jet pilot who, as a young marketing director at Opel, played a substantial role in starting the GT series, praises the GT: "The GT has a lot in common with my Alpha Jet.

It is not very comfortable, has weak air-conditioning, the boot is almost non existent.

But that is irrelevant. One hour in the Jet or GT - and you feel just happy.

But there is just one true legend of the brand with the flash: the GT.

For generations of drivers the sports coupe is an eye-catcher, milestone, cult, and dream.

It is regarded as the most sensational Opel ever - it sets an example for today's models especially the GT Concept, which premiered at the Geneva International Motor Show in March 2016. Authors Harald Hamprecht and Jens Cooper tell gripping stories about fans of the Opel GT from all over the world, from the USA to Italy to Australia. Both GT drivers, the authors combed the corporation's archive, searched for contemporary sources, and spent uncountable hours with experts, fans, and those who played a crucial role in the GT's development to create this - the ultimate guide to a remarkable car.