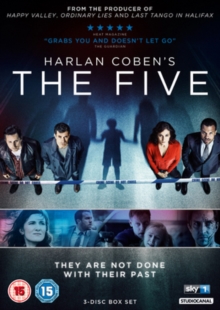 All ten episodes of the British crime drama created by American author Harlan Coben. 20 years ago five-year-old Jesse (Alfie Bloor/Harry Bloor) went missing while in the park with brother Mark (Aedan Duckworth) and his three friends.

In the present day, Danny (O. T. Fagbenle), one of Mark (Tom Cullen)'s friends, is a detective sergeant who finds Jesse's DNA while working on a case.

This leads Danny to believe Jesse is still alive, despite serial killer Jakob Marosi (Rade Serbedzija) claiming to have murdered the boy all those years ago.

Mark, along with Danny and their other friends, begins a new search for his lost brother.