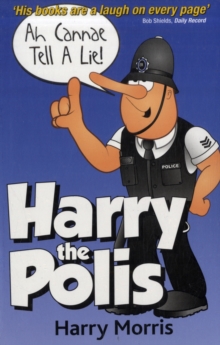 The hilarious adventures of Harry the Polis recalled by ex-polis Harry Morris, the self-appointed Chief Constable of funny stories, continue with the publication of his sixth book, "Ah Cannae Tell A Lie!".Here is another collection of stories, jokes, anecdotes and tales that will tempt your laughter lines into making an appearance and have you flashing your gnashers.Since his retirement from Strathclyde Police, Harry has realised his dream of bringing to life, in print, his own sense of humour and that of his colleagues.

Whether it's a colleague's accidental demolition of a 'stone-built bridge', a Superintendent's 'midlife crisis', or the humorous misunderstanding and unexpected thrill supplied by a nurse after a serious operation, they're all here, and they're all true - honest!Every one's a gem - continuing in the same vein and maintaining the same high standard of funny stories that was set with the first book in the series, "Even The Lies Are True". 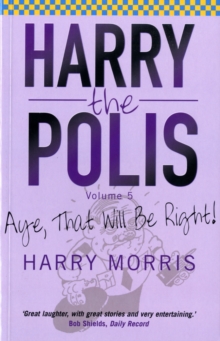