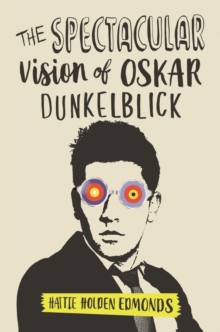 Oskar is the ultimate teenage loner. He's been living on the streets since he was a kid, he hates being touched and his eyes are always itchy from chronic conjunctivitis.

To perk himself up, he paints the misery of mankind.

After all there is so much of that about... One day during a not-so-routine eye test, Oskar's bleak perspective is blown apart when he tries on a pair of very unusual lenses.

The world he glimpses is filled with love, light and wonder - and he is furious.

But those lenses have opened his inner eye and much against his darker nature, Oskar's perception and behaviour begin to change in ways he could never, ever have imagined...