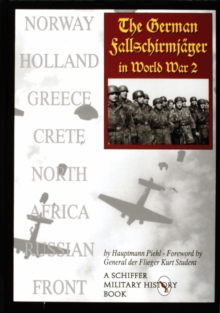 This rare volume was originally published in Germany during World War II and now makes its first appearance in an English language edition.

It is a short study of Germany's paratroops to the end of 1943.

This volume contains over 95 rare images of the FallschirmjAger during training and in action.