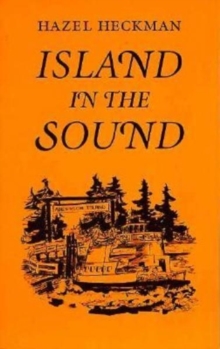 Island in the Sound Paperback / softback

Anderson Island in Puget Sound exists as a kind of tiny, autonomous world.

Sharply defined by bitterly cold water, deep enough to float a destroyer; by dense fog; and by dangerous tide rips caused by the narrow channels, it is a community without an officer of the law, a minister of the gospel, or a doctor of medicine.

Nevertheless, it is a tightly knit and well-organized microcosm in its wilderness environment. Hailed as a 'local classic' by Murray Morgan and Wallace Stegner, Hazel Heckman's story of this Northwest island will have strong appeal for devotees of island life anywhere.

The Pacific Northwesterner will learn much about his native soil, but this book will find an audience far beyond the shadows of Mount Rainier and the wild Olympics.

It will be especially treasured by those who feel deep nostalgia for the leisurely pace of life in a small community. Wit, depth of perception, engaging literary style -- all are warmly present in this saga of a Midwestern woman's experience with a new homeland, an environment strange and very different from the dusty Oklahoma country where she had lived for the previous twenty years.

Feeling at first that the perpetual rain and gray skies were a high price to pay for a relatively comfortable year-round climate, Mrs. Heckman came to like, and eventually to love, the Northwest only after she discovered Anderson Island. Located near McNeil Island in upper Puget Sound, Anderson has approximately ninety permanent residents.

Most of them are descendants of the original Scandinavian settlers of the Island, and they seem to have inherited the individualism and self-reliance necessary to survive in a hostile environment.

Thus, 'modern' innovations, such as regular ferry service and electricity, are comparatively recent developments. This book is the lively chronicle of Anderson Island -- its history, its residents, its idiosyncrasies, its commonplaces.

Mrs. Heckman's lyrical evocations of the natural life have captured the essence of Anderson Island. 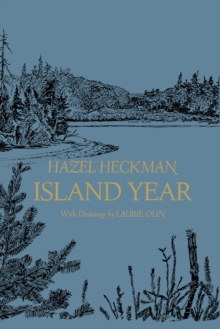 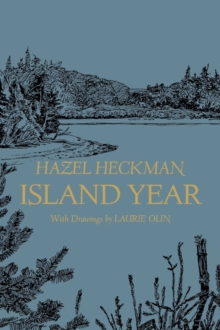 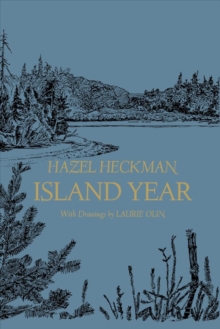