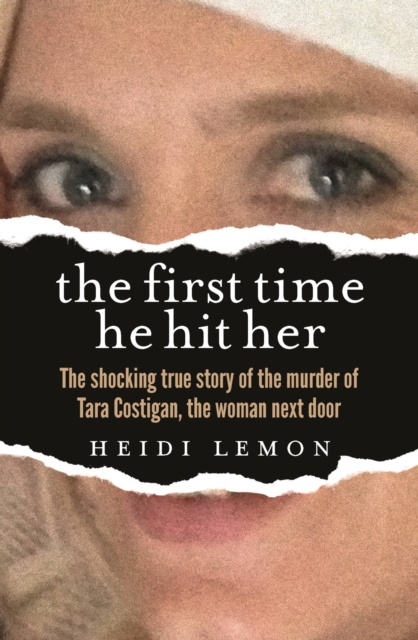 The First Time He Hit Her : The shocking true story of the murder of Tara Costigan, the woman next door Paperback / softback

For readers of true crime and books such as SEE WHAT YOU MADE ME DO, a shocking and movingly told portrait of the murder of suburban mum Tara Costigan and an examination of why domestic violence affects us allTara Costigan was the woman next door.

A hard worker. Quick to laugh and easy to like. She was happy, confident, strong. A woman who always looked after herself and her kids.

Close with her family and her friends, she was much loved.

Then, in 2013, she met Marcus Rappel. A local tradie, he was charming and sincere, they dated and fell in love.

That should have been the end of a happy-ever-after story.

But for Tara, it was much uglier. And for her family it would be devastating. A year later, Tara was pregnant to Marcus. Her family had been worried for a while, but Tara didn't tell anyone how Marcus's jealousy was souring the relationship.

She tried to keep it quiet. Despite everything, she never imagined he would be physically violent - he would never hurt her. Tara was wrong. One fine day, the last day of summer in 2015, she was holding their newborn baby in her arms when he attacked her with an axe.

Her murder seemed to come out of the blue. But as this extraordinary, often shocking book reveals, it did not. THE FIRST TIME HE HIT HER is an attempt to understand why dozens of women are murdered each year by men who profess to love them.