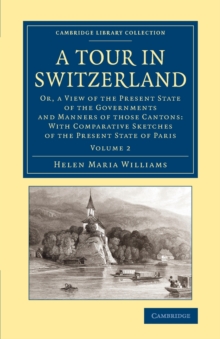 The radical writer and poet Helen Maria Williams (1759-1827) is best remembered for her eight-volume Letters from France (1790-6), charting the progress of the French Revolution.

Having published poetry and a novel, Julia (1790), she travelled to France, where her salon welcomed the likes of Mary Wollstonecraft, Thomas Paine and leading Girondists.

Forced to flee the country in 1794, she went into exile in Switzerland for six months, travelling with the printer and political reformer John Hurford Stone (1763-1818).

This two-volume account of the journeys she made during her time there, first published in 1798, documents what she sees as the failure of Swiss democracy.

Highlighting the shortcomings of the Swiss government and the suffering of much of Swiss society through exploitation, Williams anticipates revolutionary activity in the cantons.

In Volume 2, she describes her excursion in the Alps, presenting also observations on Zurich, Fribourg and Berne. 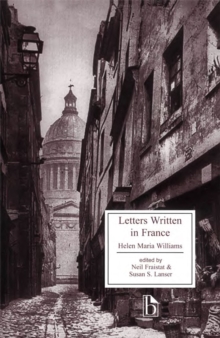