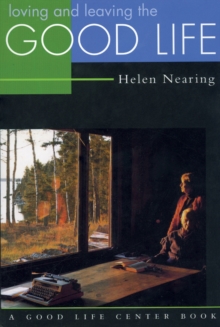 Helen and Scott Nearing, authors of Living the Good Life and many other bestselling books, lived together for 53 years until Scott's death at age 100.

Loving and Leaving the Good Life is Helen's testimonial to their life together and to what they stood for: self-sufficiency, generosity, social justice, and peace. In 1932, after deciding it would be better to be poor in the country than in the city, Helen and Scott moved from New York Ciy to Vermont. Here they created their legendary homestead which they described in Living the Good Life: How to Live Simply and Sanely in a Troubled World, a book that has sold 250,000 copies and inspired thousands of young people to move back to the land. The Nearings moved to Maine in 1953, where they continued their hard physical work as homesteaders and their intense intellectual work pormoting social justice.

Thirty years later, as Scott approached his 100th birthday, he decided it was time to prepare for his death.

He stopped eating, and six weeks later Helen held him and said goodbye. Loving and Leaving the Good Life is a vivid self-portrait of an independent, committed and gifted woman.

It is also an eloquent statement of what it means to grow old and to face death quietly, peacefully, and in control.

At 88, Helen seems content to be nearing the end of her good life.

As she puts it, "To have partaken of and to have given love is the greatest of life's rewards.

There seems never an end to the loving that goes on forever and ever.

Loving and leaving are part of living."Helen's death in 1995 at the age of 92 marks the end of an era.

Yet as Helen writes in her remarkable memoir, "When one door closes, another opens." As we search for a new understanding of the relationships between death and life, this book provides profound insights into the question of how we age and die.

Also by Helen Nearing   |  View all 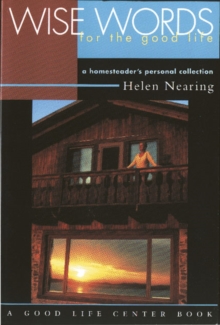 Wise Words for the Good Life 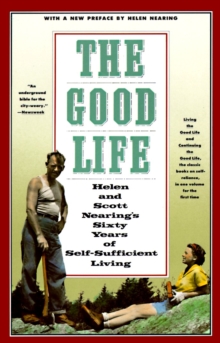 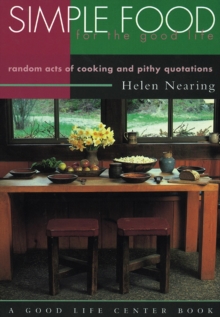 Simple Food for the Good Life 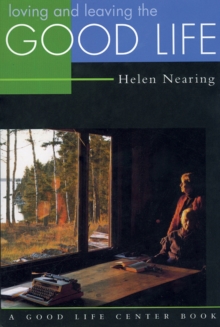 Loving and Leaving the Good Life