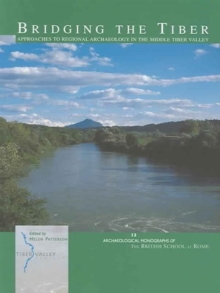 This ebb and flow, with the associated reorganisation of social, political and economic life are themes central to any study of Roman civilisation.

The 19 papers published in this volume were first presented at two workshops at the British School at Rome, in 1997 and '98.

These workshops came about as part of the Tiber Valley Project, which aims to examine the changing landscapes on both sides of the valley from 1000 BC to AD 1300.