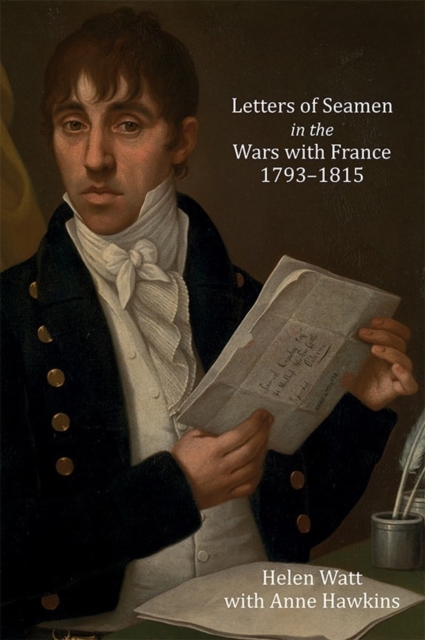 Letters of seamen below the rank of commissioned officer are rare, both in original form and in print.

This edited collection of 255 letters, written by seamen in the British Navy and their correspondents between 1793 and 1815, gives voice to a group of men whose lives and thoughts are otherwise mostly unknown.

The letters are extremely valuable for the insights which they give into aspects of life below decks and the subjects close to the writers' hearts:money matters, ties with home and homesickness.

They also provide eye-witness accounts of events during a tumultuous and important period of British and European history.

One group of letters, included as a separate section, comprises the letters of seamen and their family and friends which were intercepted by the authorities during the mutinies of 1797.

These letters shed a great deal of light on the extraordinary events of that year and of seamen's attitudes to the mutinies.

The editors' introductory material, besides highlighting what the letters tell us about seamen's lives and attitudes, also discusses the extent of literacy amongst seamen, setting this into its wider contemporary popular context.

The letters are supported by a substantial editorial apparatus and two detailed appendices containing biographies of seamen and information on select ships which took part in the mutinies of 1797. Helen Watt, a professional archivist and researcher, is currently Project Archivist with the Borthwick Institute for Archives, University of York, and has also worked on other research projects at The National Archives, Kew, theNational Library of Wales and the University of Wales Centre for Advanced Welsh and Celtic Studies, Aberystwyth. Anne Hawkins, a retired civil servant, was Secretary of the Ships' Names and Badges Committee in the early 1990s and has family links with the Navy and Admiralty.