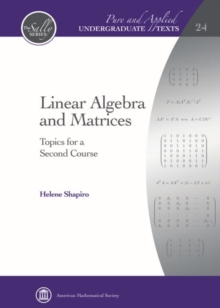 Linear Algebra and Matrices : Topics for a Second Course Hardback

Part of the Pure and Applied Undergraduate Texts series

Linear algebra and matrix theory are fundamental tools for almost every area of mathematics, both pure and applied.

This book combines coverage of core topics with an introduction to some areas in which linear algebra plays a key role, for example, block designs, directed graphs, error correcting codes, and linear dynamical systems.

Notable features include a discussion of the Weyr characteristic and Weyr canonical forms, and their relationship to the better-known Jordan canonical form; the use of block cyclic matrices and directed graphs to prove Frobenius's theorem on the structure of the eigenvalues of a nonnegative, irreducible matrix; and the inclusion of such combinatorial topics as BIBDs, Hadamard matrices, and strongly regular graphs.

Also included are McCoy's theorem about matrices with property P, the Bruck-Ryser-Chowla theorem on the existence of block designs, and an introduction to Markov chains.

This book is intended for those who are familiar with the linear algebra covered in a typical first course and are interested in learning more advanced results.

Also in the Pure and Applied Undergraduate Texts series   |  View all 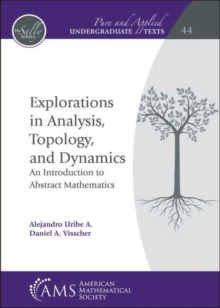 Explorations in Analysis, Topology, and... 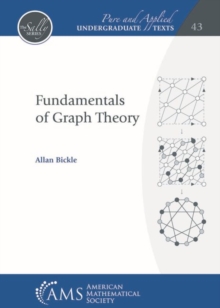 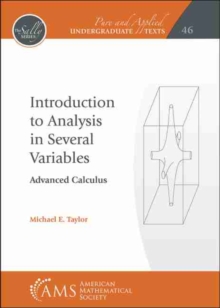 Introduction to Analysis in Several... 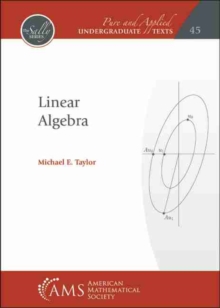