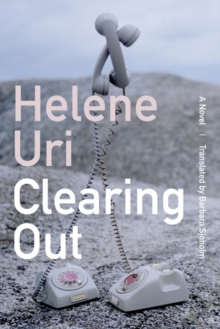 Clearing Out : A Novel Hardback

Winner of the Nadia Christensen Prize for translation from the American-Scandinavian FoundationIn a masterful blend of fiction and autobiography, a Norwegian novelist sends her character to the far north to learn what she can about their Sami ancestryInspired by Helene Uri's own journey into her family's ancestry, Clearing Out, an emotionally resonant novel by one of Norway's most celebrated authors, tells two intertwining stories.

A novelist, named Helene, is living in Oslo with her husband and children and contemplating her new protagonist, Ellinor Smidt-a language researcher, divorced and in her late thirties, with a doctorate but no steady job. An unexpected call from a distant relative reveals that Helene's grandfather, Nicolai Nilsen, was the son of a coastal (sjo) Sami fisherman-something no one in her family ever talked about.

Uncertain how to weave this new knowledge into who she believes she is, Helene continues to write her novel, in which her heroine Ellinor travels to Finnmark in the far north to study the dying languages of the Sami families there.

What Ellinor finds among the Sami people she meets is a culture little known in her own world; she discovers history richer and more alluring than rumor and a connection charged with mystery and promise.

Through her persistence in approaching an elderly Sami activist, and her relationship with a local Sami man, Ellinor confronts a rift that has existed between two families for generations. Intricate and beautifully constructed, Clearing Out offers a solemn reflection on how identities, like families, are formed and fractured and recovered as stories are told.

In its depiction of the forgotten and the fiercely held memories among the Sea (sjo) Sami of northern Norway, the novel is a powerful statement on what is lost, and what remains in reach, in the character and composition of contemporary life. 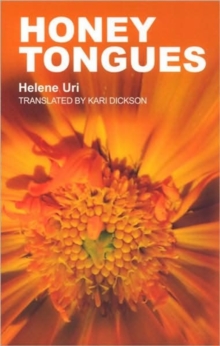