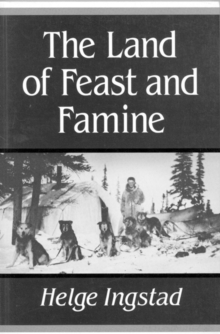 The Land of Feast and Famine Paperback / softback

The young Norwegian was Helge Ingstad, now famous for his discovery in 1960 of a Viking village at L'Anse aux Meadows (on the northern tip of Newfoundland) -- the oldest known European settlement in North America. Ingstad recorded his adventures in the Canadian North in The Land of Feast and Famine, originally published in Norwegian in 1931 and first released in English two years later. Now, after being out of print in English for more than forty years, The Land of Feast and Famine is once again available, with its description of youthful adventure and its vivid portrayal of the people and ways of the Northwest Territories in the last days of the fur trading era. After making his way into the Canadian Arctic interior, Ingstad spent one winter with a fellow trapper in a log cabin they built themselves, and another living and hunting with a tribe of Inuit known as the Caribou-Eaters. During his final winter in the North, Ingstad lived in a tent in an area called the Barren Lands, hunting caribou and wolves, alone with his five dogs. In 1937, a small river in the Barren Lands was renamed Ingstad Creek. The life Ingstad describes is harsh and full of danger. He recounts many close calls of his own as well as the fates of those far less fortunate. On his way out of the North, Ingstad learned that the colourful adventurer John Hornby and two of his companions starved to death while on a expedition to the Barren Lands -- one of them outliving the others by months. But Ingstad's life in the Canadian Arctic was also full of heart-warming experiences. He describes the native companions and fellow trappers with whom he shared adventures and relates stories of numerous hunts and how he learned first hand about beaver, caribou, wolf, and other wildlife. He also provides a remarkable body of knowledge about native medicine. The arrival of the age of aviation opened up the North and, as Ingstad prophetically observed in 1931, the way of life of the native people, who were "still pursuing the free nomadic existence of their forefathers," would be irrevocably changed. At a time when the ways of life of Canada's native and Inuit people are more threatened than ever before, The Land of Feast and Famine provides a fascinating glimpse at a time already far in the past. 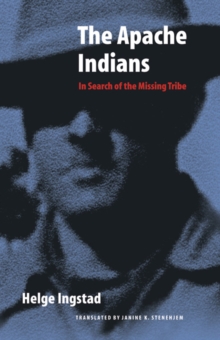 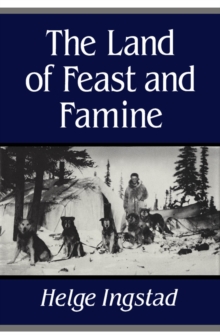 Land of Feast and Famine