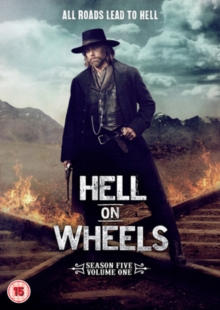 The first seven episodes from the fifth and final season of the drama following a Confederate soldier's struggle to avenge the murder of his wife and child in the years after the US Civil War.

Cullen Bohannon (Anson Mount)'s quest takes him to a settlement town known as Hell On Wheels, which is used as a base for the construction of the Union Pacific Railroad.

Set in California and Laramie, Wyoming, this season follows Cullen as he moves to work on the Central Pacific Railroad after the company promises to help find his family.