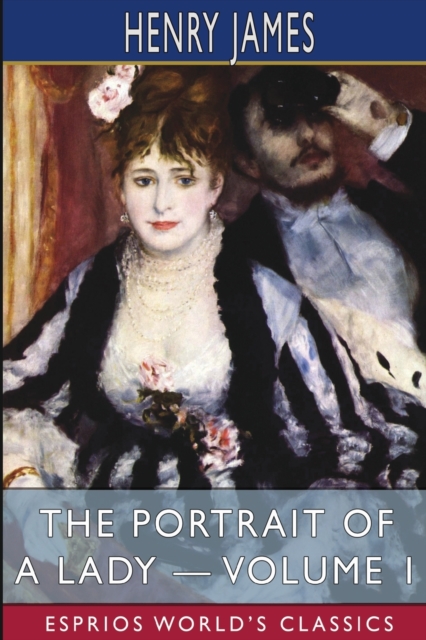 The Portrait of a Lady - Volume 1 (Esprios Classics) Paperback / softback

The Portrait of a Lady is a novel by Henry James, first published as a serial in The Atlantic Monthly and Macmillan's Magazine in 1880-81 and then as a book in 1881.

It is one of James's most popular novels and is regarded by critics as one of his finest.

The Portrait of a Lady is the story of a spirited young American woman, Isabel Archer, who, "affronting her destiny," finds it overwhelming.

She inherits a large amount of money and subsequently becomes the victim of Machiavellian scheming by two American expatriates.

Like many of James's novels, it is set in Europe, mostly England and Italy.

It also treats in a profound way the themes of personal freedom, responsibility, and betrayal.