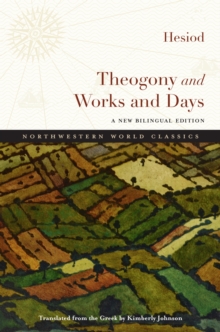 Widely considered the first poet in the Western tradition to address the matter of his own experience, Hesiod occupies a seminal position in literary history.

The Theogony brings together and formalizes many of the Greek myth narratives, detailing the genealogy of the Greek gods and their violent struggles for power.

Works and Days seems on its face to be a compendium of advice about managing a farm, but it ranges far beyond this scope to meditate on the virtues of a good life, morality, justice, and the place of humans in the universe. Considered foundational texts of Western literature, these poems are concerned with orderliness and organization, and they proclaim those ideals from small scale to vast, from the legibility of a handful of seeds to the story of the cosmos.

Presented here in a bilingual edition, Johnson's translation takes care to preserve Hesiod's expression of his themes in the structure of his lines and sentences, achieving a sonic and rhythmic balance that enables us to hear his music across the millennia. 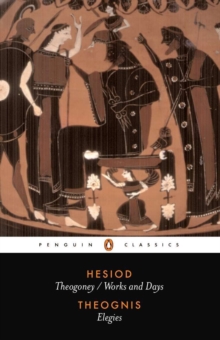 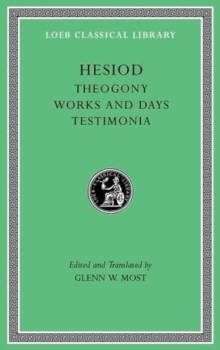