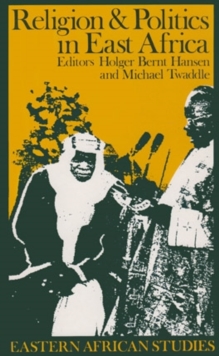 Religion and Politics in East Africa : The Period since Independence Paperback / softback

Religious activities have been of continuing importance in the rise of protest against postcolonial governments in Eastern Africa.

Governments have attempted to "manage" religious affairs in both Muslim and Christian areas.

Religious denominations have acted as advocates of human rights and in opposition to one-party-state regimes.

Islamic fundamentalism changed with the ending of the Cold War. The book is divided into four parts: The Challenge of Islam; Christianity, Sectarianism, and Politics in Uganda; Christians and Muslim in Kenyan Politics; and Cross-cultural Complications.

An introductory essay by Michael Twaddle provides and overview of the changing character of politico-religious conflict in Eastern Africa.

Holger Bernt Hansen summarizes the presentation with a discussion of dilemmas and challenges in the study of religion and politics. 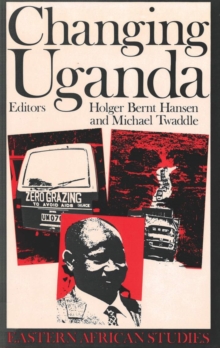