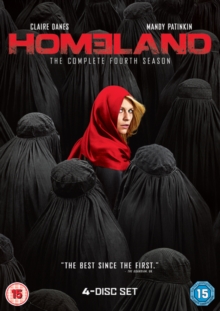 All 12 episodes from the fourth season of the critically acclaimed US drama centred around the life of CIA agent Carrie Mathison (Claire Danes).

Continuing on from the dramatic finale of the third season, Carrie is sent out to Islamabad to take up the position of station chief in the troubled city.

As Carrie learns of intelligence that pinpoints the location of Haissam Haqqani (Numan Acar), one of the most wanted terrorists in Pakistan, she makes the impossible decision to launch a targeted drone.