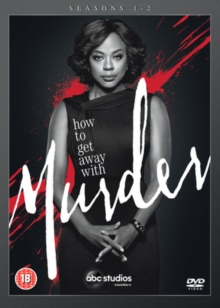 How to Get Away With Murder: Seasons 1-2 DVD

All the episodes from the first two seasons of the American crime drama starring Viola Davis.

Renowned defence attorney Annalise Keating (Davis) teaches criminal law at Middleton University where she chooses a group of students from her class to become interns at her firm.

They are soon put to the test as they become embroiled in a murder plot and discover how far they are willing to go to achieve success.