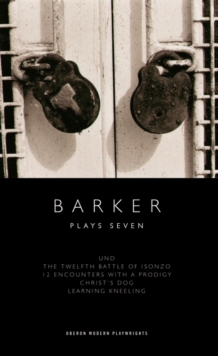 "Und, a play for one woman and six trays, is a moving study of dignity and self-delusion.

When a guest, perhaps a lover, fails to appear for an appointment, his hostess invents excuses for his neglect, even when ill-manners degenerate into barbarity.

The hostess is Jewish, the invisible guest a Nazi officer. The Twelfth Battle of Isonzo is the twelfth marriage of a very old man to a young woman a fraction of his age.

Kisster, an adored orphan, has been taught to exploit the pity of the world for his own advantage.

From inside his fortified personality, Kisster manipulates a host of predatory characters, keeping at bay angels and vagrants in his struggle to survive. In Christ's Dog the dying Lazar, arch-seducer and bigamist, treads out a journey he feels compelled to undertake to reach accommodation with his past.

At every stage of his search, a different version of the untold story of Christ's dog is proposed to him.

Lazar understands that his seemingly worthless life - akin to the mongrel that howls at the foot ofthe cross - is a critical element of human morality.

Learning Kneeling is perhaps the most terrible of Barker's works, a play of apparently un-redeemed extremity, relieved by a wit and a scrupulous intensity of thought that renders it a tribute to human persistence and imagination.

Sturdee, a legless man of property, finds his home and his mistress seized by terrorists, the leader of whom, Demonstrator by name and instinct, leads him into a nightmare of ambiguities"

Also by Howard Barker   |  View all 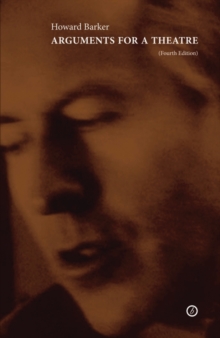 Arguments For A Theatre 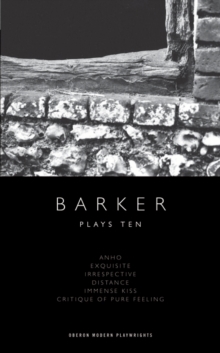 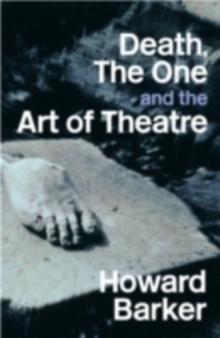 Death, The One and the Art of Theatre