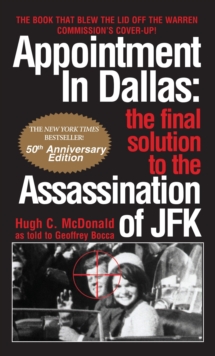 "When I first brought the President's head into my telescopic sight, he was leaning forward at an appreciable angle.

My crosshairs were exactly on the back of his skull...".

With these chilling words the man who fired the fatal shot that killed President John F.

Kennedy revealed his role in the assassination to the law-enforcement officer who had hunted him for nearly a decade.

In this classic expose, veteran cop Hugh C. McDonald offers a gripping firsthand account of his personal journey into the dark heart of an unthinkable conspiracy - to bring to light these and other shocking revelations: The astonishing truth about the shooter on the Grassy Knoll; How security lapses allowed an armed assassin easy access to Dealey Plaza; The fallacy of the "Single Bullet" theory; Who fired the bullets that killed JFK, who fired the bullets that didn't. 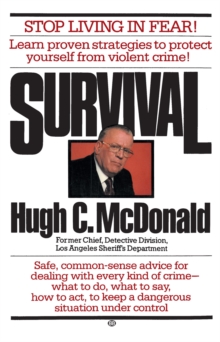