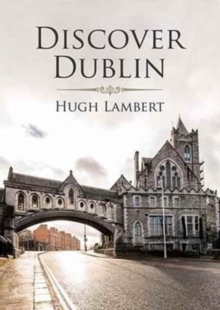 How well do you know your Dublin?" Killiney Hill may just be the perfect belvedere because it's both low enough and high enough to register the great sweep of the panorama - and it gives you Howth in all its ancient indolence." "Strongbow's son foolishly showed fear in battle, so the tyrant killed him and chopped him in two as a warning to others." "Cats have been living comfortable lives around Trinity down its four hundred years.

Before the university, their forebears grew fat on Augustinian pickings." From the foot-worn pavements to the castellated rooftops, the city of Dublin heaves with age and curios enough to fire the most jaded of urban imaginations. Originally published weekly in the south Dublin newspaper The Leader, these popular pieces by journalist Hugh Lambert have now been gathered together in a special collection.

With Lambert as your friendly guide, take a ramble and uncover Dublin's curious corners and forgotten alcoves, as well as the colourful characters who have lived in Ireland's capital.