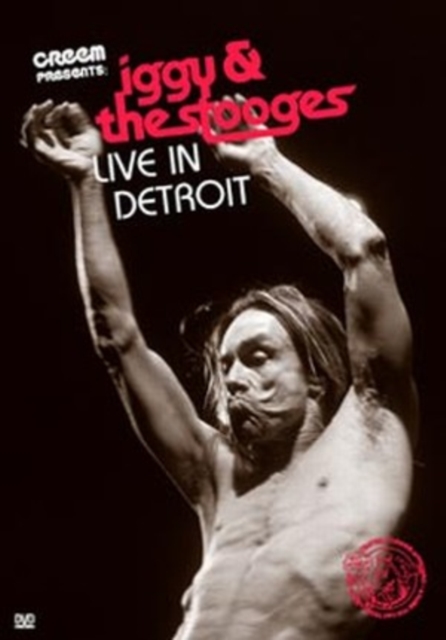 Iggy Pop and the Stooges: Live in Detroit DVD

Comeback live outing for Iggy Pop in his hometown in 2003.Iggy, hot on the heels of a spate of guest spots on other, mainly younger artists' records, had just released 'Skull Ring'.

The album was a return to form of sorts for Iggy - he collaborated with bands like Sum 41, Green Day, Peaches and the Trolls but, more importantly it saw him reunited with the Ron and Scott Asheton - brothers and founding Stooges members - for the first time since '74.

Along with new members, Bassist Mike Watt and saxophonist Steve McKay, Pop took to the stage in Detriot - their hometown, for the first in 29 years.

Would the Iguana still pass muster as the most incendiary live performer of the punk era?

He did not disappoint and the results are plain in this concert.

Ripping through classics like 'Gimme Danger' and 'I Wanna Be Your Dog', Iggy writhes, twists, spits and moans his lascivious way through his catalogue like he was 21 again.