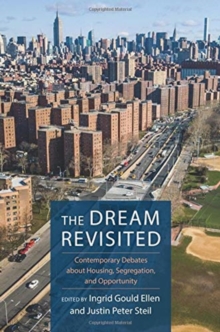 A half century after the Fair Housing Act, despite ongoing transformations of the geography of privilege and poverty, residential segregation by race and income continues to shape urban and suburban neighborhoods in the United States.

Why do people live where they do? What explains segregation's persistence? And why is addressing segregation so complicated?The Dream Revisited brings together a range of expert viewpoints on the causes and consequences of the nation's separate and unequal living patterns.

Essays scrutinize the factors that sustain segregation, including persistent barriers to mobility and complex neighborhood preferences, and its consequences from health to home finance and from policing to politics.

They debate how actively and in what ways the government should intervene in housing markets to foster integration.

The book features timely analyses of issues such as school integration, mixed income housing, and responses to gentrification from a diversity of viewpoints.

A probing examination of a deeply rooted problem, The Dream Revisited offers pressing insights into the changing face of urban inequality.