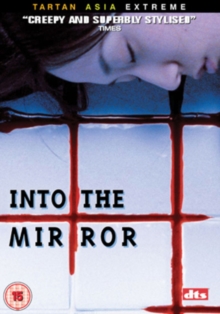 Into the Mirror DVD

South Korean chiller starring Ji-Tae Yu as Wu Young-Min, a former policeman who quit the force after accidentally causing the death of his partner while trying to save his life.

Now working as a security guard at a deserted shopping mall which was closed after a series of murders took place there, Wu becomes increasingly drawn into the web of mystery and terror surrounding the killings, while also re-living the horrific memories that punctuate his own past.