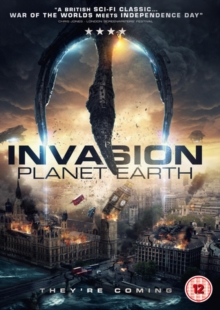 Low-budget British sci-fi action feature. When a series of explosions take place across North America, it marks the beginning of an alien invasion of planet Earth.

An alien mothership appears in the sky and spawns a fleet which sets about decimating the planet.

With everyone on Earth plagued by apocalyptic visions, will anyone step up to save the planet?