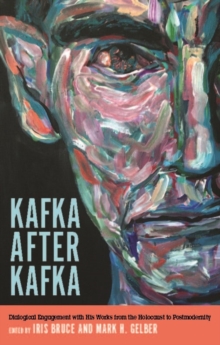 The topic of "Kafka after Kafka" is a fascinating one: the engagement of artists, philosophers, and critics in dialogical exchange with Kafka's works.

The present collection of new essays highlights the engagement of lesser known artists and commentators with Kafka, and represents those who are well known, such as Arendt, Blanchot, Nabokov, and Coetzee, from new perspectives.

The eleven essays contained here represent the most recent scholarly engagements with this topic.

An essay on major trends in current Kafka criticism provides background for several essays on novelists, philosophers, and critics whose relationship to Kafka is not very well known.

A section devoted to Kafka from an Israeli perspective includes artists not commonly known in the US or Europe (Ya'acov Shteinberg, Hezi Leskly, Sayed Kashua), as well as an essay on the recent trial in Israel regarding the fate of Kafka's literary legacy.

Mark H. Gelber is Senior Professor and Director of the Center for Austrian and German Studies at Ben-Gurion University.