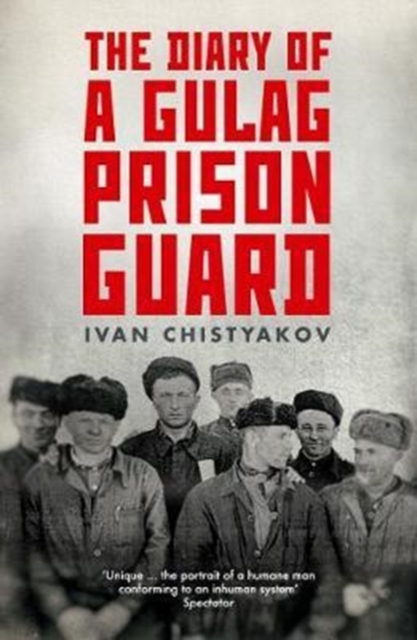 The Diary of a Gulag Prison Guard Paperback / softback

In the archives of the Memorial International Human Rights Centre in Moscow is an extraordinary diary, a rare first-person testimony of a commander of guards in a Soviet labour camp. Ivan Chistyakov was sent to the Gulag in 1937, where he worked at the Baikal-Amur Corrective Labour Camp for over a year.

Life at the Gulag was anathema to Chistyakov, a cultured Muscovite with a nostalgia for pre-revolutionary Russia, and an amateur painter and poet.

He recorded its horrors with an unmatchable immediacy, documenting a world where petty rivalries put lives at risk, prisoners hacked off their fingers to bet in card games, railway sleepers were burned for firewood and Siberian winds froze the lather on the soap. From his stumbling poetic musings on the bitter landscape to his matter-of-fact grumbles about his stove, from accounts of the conditions of the camp to reflections on the cruelty of loneliness, this diary is unique - a visceral and immediate description of a place and time whose repercussions still affect the shape of modern Russia.