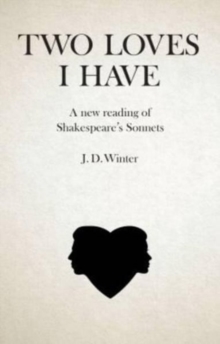 Two Loves I Have : A New Reading of Shakespeare's Sonnets Paperback / softback

Perhaps the most astonishing set of personal poems ever written, Shakespeare's Sonnets have both delighted and puzzled readers down the ages.

Two Loves I Have is a reading of the sequence that brings the four characters involved to life.

The fair, kind and true' young man to whom the majority of poems are addressed, the woman as black as hell, as dark as night' who dominates a part of the narrator's inner landscape against his will, the narrator himself, who at times is unexpectedly wholly at ease with his mistress, but at other times is sunk in a form of self-loathing, and whom nothing on earth will deter in his devotion to the young man ... these three play out a drama as fierce as that in any of the author's plays. And the author himself, at some remove behind the narrator, is the shadowy fourth character.

Did he invent the young man and the Dark Lady? Did he adapt an existing situation in his life or indeed record it simply as it was?

Whatever the historical fact, which can never be known, the poetic situation is enthralling.

Without insisting on any particular view, Two Loves I Have (from sonnet 144) allows the reader a vista of the whole sonnet sequence, and a sense of its shifting currents.

J. D. Winter carefully elucidates each individual poem, thus enabling the reader not only to come to terms with their outward meaning but to appreciate the rhetorical flow and the poet's idiosyncratic use of the sonnet-form itself.

The sonnet sequence has been a comparatively neglected part of the Shakespearean canon.

The 400th anniversary of Shakespeare's death in 2016 is an appropriate time to shed a new light upon the poems. 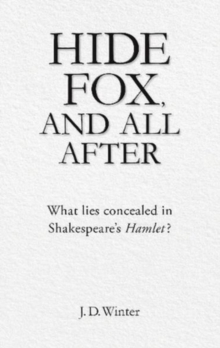 Hide Fox, and All After 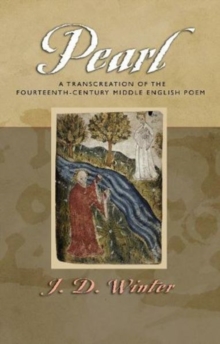