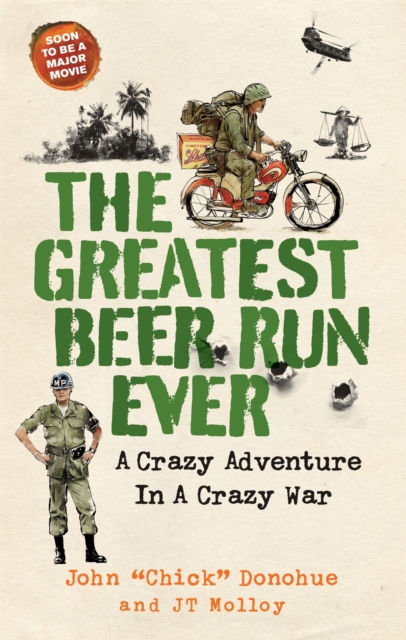 The Greatest Beer Run Ever : A Crazy Adventure in a Crazy War *SOON TO BE A MAJOR MOVIE* Hardback

***SOON TO BE A MAJOR MOVIE STARRING ZAC EFRON, RUSSELL CROWE AND BILL MURRAY THE NEW YORK TIMES BESTSELLER 'An extraordinary story.' - Daily Mail'An unforgettable, wild ride from start to finish.' - John Bruning'The astounding true story - from the streets of Manhattan to the jungles of Vietnam.' - Thomas KellyIT SEEMED LIKE A GOOD IDEA AT THE TIME. As a result of a rowdy night in his local New York bar, ex-Marine and merchant seaman "Chick" Donohue volunteers for a legendary mission.

He will sneak into Vietnam to track down his buddies in combat to bring them a cold beer and supportive messages from home.

It'll be the greatest beer run ever!Now, decades on from 1968, this is the remarkable true story of how he actually did it. Armed with Irish luck and a backpack full of alcohol, Chick works his passage to Vietnam, lands in Qui Nhon and begins to carry out his quest, tracking down the disbelieving soldiers one by one. But things quickly go awry, and as he talks his way through checkpoints and unwittingly into dangerous situations, Chick sees a lot more of the war than he ever planned - spending a terrifying time in the Demilitarized Zone, and getting caught up in Saigon during the Tet Offensive. With indomitable spirit, Chick survives on his wits, but what he finds in Vietnam comes as a shock.

By the end of his epic adventure, battered and exhausted, Chick finds himself questioning why his friends were ever led into the war in the first place. 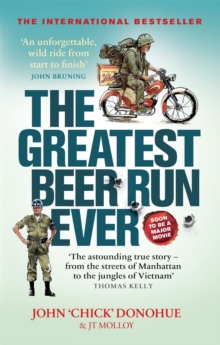 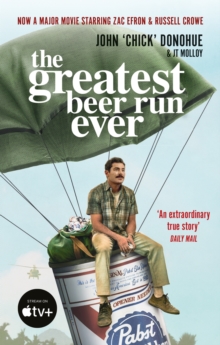