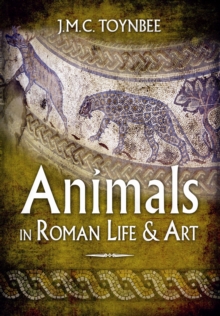 Romans clearly loved their pets and gave them human names.

The wealthiest kept gazelles and ibex on their estates as living lawn ornaments.

At the same time, they imported exotic animals from Africa and then slaughtered them in both gladiatorial combat and cold-blooded spectacle.

Animals in Roman Life and Art explores animals in Roman iconography, Roman knowledge - both factual and fanciful - about various fauna, and Roman use of animals for food, clothing, transport, war, entertainment, religious ceremony, and companionship.

Arranged by species, J.M.C Toynbee's magisterial survey ranges from the exotic (the rhinoceros and hippopotamus) to the commonplace (dogs and cats).

Toynbee concludes her study with a discussion of Roman beliefs about animalsin the afterlife, where, according to Virgil, "the herds will not fear the mighty lion" and "the timid deer will ...drink beside the hounds". 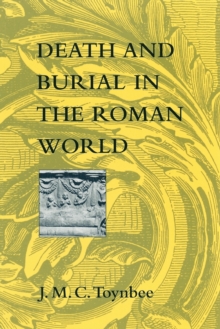 Death and Burial in the Roman World