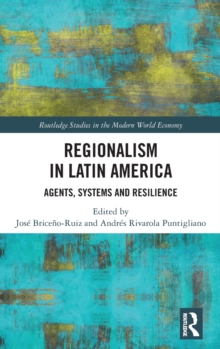 This interdisciplinary edited volume explores the political economy of regionalism in Latin America.

It identifies convergent forces which have existed in the region since its very conception and analyses these dynamics in their different historical, geographic and structural contexts.

Particular attention is paid to key countries such as Argentina, Brazil and Mexico, as well as subregions like the Southern Cone and Central America. To understand the resilience of regionalism in Latin America, this book proposes to highlight four main issues.

Firstly, that resilience is linked to mechanisms of self-enforcement that are part of the accumulation of experiences, institution building and common cultural features described in this book as regionalist acquis.

Secondly, the elements and driving forces behind the promotion and expression of the regionalist acquis are influenced and shaped by nested systems in which social processes are inserted.

Thirdly, when looking at systems, there is a particular influence by national and global ones, which condition the form and endurance of regional projects.

Finally, beyond systems, the book highlights the relevance of agents as crucial players in the shaping of the resilience of regionalism in Latin America. This insightful collection will appeal to advanced students and researchers in international economics, international relations, international political economy, economic history and Latin American studies. 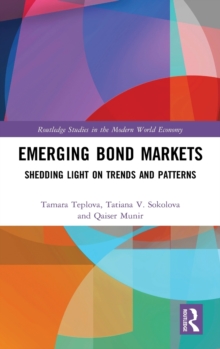 Credit Default Swap Markets in the...