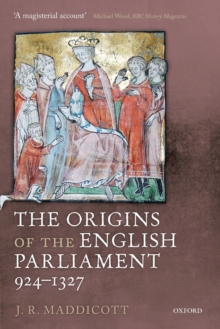 The Origins of the English Parliament, 924-1327 Paperback / softback

The Origins of the English Parliament is a magisterial account of the evolution of parliament, from its earliest beginnings in the late Anglo-Saxon period.

Starting with the national assemblies which began to meet in the reign of King AEthelstan, it carries the story through to the fully fledged parliament of lords and commons of the early fourteenth century, which came to be seen as representative of the whole nation and which eventually sanctioned thedeposition of the king himself in 1327.

Over the four hundred years covered by the book the chief business of the assembly was always the discussion of national affairs, together with other matters central to the running of the state, such as legislation and justice.

It was always a resolutely political body. But its development was also shaped by a series of unforeseen events and episodes.

Chief amongthese were the Norman Conquest, the wars of Richard I and John, and the minority of Henry III.

A major turning-point was reached in 1215, when Magna Carta established the need for general consent to taxation - a vital step towards the establishment of parliament itself in the next generation.

Covering an exceptionally long time span, The Origins of the English Parliament takes readers to the roots of the English state's central institution, showing how the more familiar parliament of late medieval and early modern England came into being and illuminating the close relationship between particular political episodes and the course of institutional change.

Above all, it shows how the origins of parliament lie not in the late thirteenth and early fourteenth centuries, as hasusually been argued, but in a much more distant past. 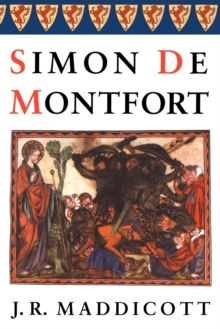 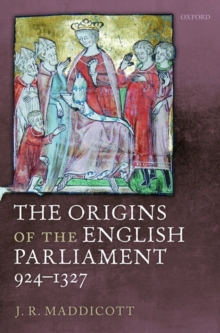 The Origins of the English Parliament,...