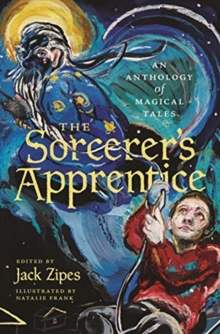 The Sorcerer's Apprentice : An Anthology of Magical Tales Paperback / softback

A diverse new anthology that traces the meaning and magic of the sorcerer's apprentice tale throughout history"The Sorcerer's Apprentice" might conjure up images of Mickey Mouse from the Disney film Fantasia, or of Harry Potter.

As this anthology reveals, however, "sorcerer's apprentice" tales-in which a young person rebels against, or complies with, an authority who holds the keys to magical powers-have been told through the centuries from classical times to today.

This collection brings together more than fifty sorcerer's apprentice stories by a plethora of writers, including Ovid, Sir Walter Scott, and the Brothers Grimm.

In an extensive introduction, fairy-tale scholar Jack Zipes discusses the significance of the apprentice stories, the contradictions in popular retellings, and the importance of magic as a tool of resistance against figures who abuse their authority.