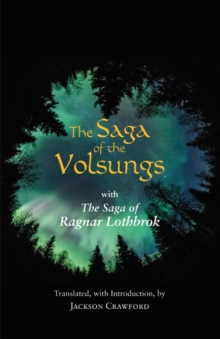 The Saga of the Volsungs : with The Saga of Ragnar Lothbrok Paperback / softback

From the translator of the bestselling Poetic Edda (Hackett, 2015) comes a gripping new rendering of two of the greatest sagas of Old Norse literature.

Together the two sagas recount the story of seven generations of a single legendary heroic family and comprise our best source of traditional lore about its members-including, among others, the dragon-slayer Sigurd, Brynhild the Valkyrie, and the Viking chieftain Ragnar Lothbrok.