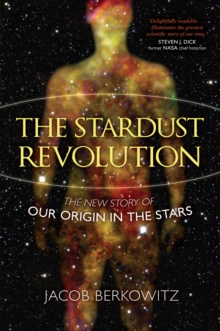 The Stardust Revolution : The New Story of Our Origin in the Stars Hardback

Three great scientific revolutions have shaped our understanding of the cosmos and our relationship to it.

The sixteenth and seventeenth centuries witnessed the Copernican Revolution, which bodychecked the Earth as the pivot point of creation and joined us with the rest of the cosmos as one planet among many orbiting the Sun.

It removed us from a distinct, divine biological status to place us wholly in the ebb and flow of all terrestrial life.

This book describes how we're in the midst of a third great scientific revolution, five centuries in the making: the Stardust Revolution.

It is the merging of the once-disparate realms of astronomy and evolutionary biology, and of the Copernican and Darwinian Revolutions, placing life in a cosmic context.

The Stardust Revolutiontakes readers on a grand journey that begins on the summit of California's Mount Wilson, where astronomers first realized that the universe is both expanding and evolving, to a radio telescope used to identify how organic molecules-the building blocks of life-are made by stars.

It's an epic story told through a scientific cast that includes some of the twentieth century's greatest minds-including Nobel laureate Charles Townes, who discovered cosmic water-as well as the most ambitious scientific explorers of the twenty-first century, those racing to find another living planet.

Today, an entirely new breed of scientists-astrobiologists and astrochemists-are taking the study of life into the space age.

Astrobiologists study the origins, evolution, and distribution of life, not just on Earth, but in the universe.

Stardust science is filling in the missing links in our evolutionary story, ones that extend our family tree back to the stars. 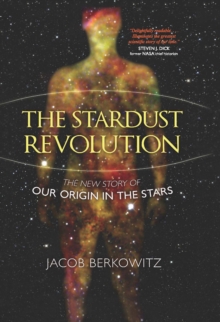