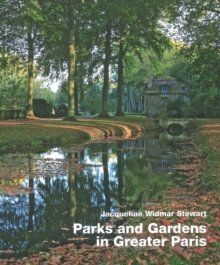 For over 350 years Parisians have designed and preserved phenomenal public outdoor spaces.

In this book Jacqueline Widmar Stewart follows the fine-spun threads of the parklands tapestry in greater Paris.

Identification of various hallmarks of premiere park-building eras imbues individual parks with multi-dimensional qualities and allows readers to experience these grand green places in the way Parisians do.

Multiple layers of elements and themes are woven into the fabric of French parks.

Reaching back as far as its Roman heritage, vestiges of the history of Paris are apparent in virtually all its parks, regardless of size.

Even the balanced distribution of green spaces throughout the city reflects a major 19th-century city-planning epoch and is still carried forward in current park development.

A number of French parks and gardens from the 17th century initially belonged to royal estates but now welcome public visits -- it should be noted that the Tuileries first opened its gates to the public in 1667.

Thoughtfully designed and meticulously tailored to needs of the time, others have covered unsightly urban blight with splendor, and have converted industrial sites to recreational usage while maintaining cultural ties with the past.

Many marvels beckon all who enter Paris' magical spheres: a several-kilometer-long landscaped promenade above busy streets; a modern garden suspended above a major train station; the Parc de la Villette with its grand red architectural curiosities of form and motion; a midisland allee in the Seine; newly created marshlands now home to mallard ducklings; clouds of fragrance from rose-descendants of Josephine Bonaparte's original collection; not one, but two gardens of the quintessential sculptor, Auguste Rodin. 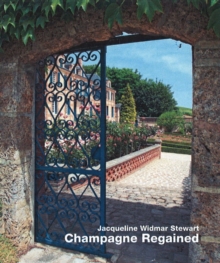