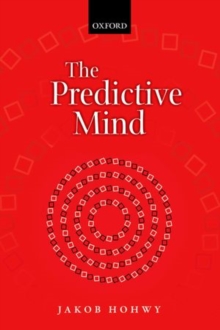 A new theory is taking hold in neuroscience. It is the theory that the brain is essentially a hypothesis-testing mechanism, one that attempts to minimise the error of its predictions about the sensory input it receives from the world.

It is an attractive theory because powerful theoretical arguments support it, and yet it is at heart stunningly simple.

Jakob Hohwy explains and explores this theory from the perspective of cognitive science and philosophy.

The keyargument throughout The Predictive Mind is that the mechanism explains the rich, deep, and multifaceted character of our conscious perception.

It also gives a unified account of how perception is sculpted by attention, and how it depends on action.

The mind is revealed as having a fragile and indirectrelation to the world.

Though we are deeply in tune with the world we are also strangely distanced from it. The first part of the book sets out how the theory enables rich, layered perception.

The theory's probabilistic and statistical foundations are explained using examples from empirical research and analogies to different forms of inference.

The second part uses the simple mechanism in an explanation of problematic cases of how we manage to represent, and sometimes misrepresent, the world in health as well as in mental illness.

The third part looks into the mind, and shows how the theory accountsfor attention, conscious unity, introspection, self and the privacy of our mental world.