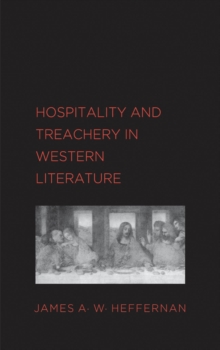 by James A. W. Heffernan

In works of Western literature ranging from Homer's Odyssey to Albee's Who's Afraid of Virginia Woolf? the giving and taking of hospitality is sometimes pleasurable, but more often perilous. Heffernan traces this leitmotiv through the history of our greatest writings, including Christ's Last Supper, Macbeth's murder of his royal guest, and Camus's short story on French colonialism in Arab Algeria. By means of such examples and many more, this book considers what literary hosts, hostesses, and guests do to as well as for each other. In doing so, it shows how often treachery rends the fabric of trust that hospitality weaves.