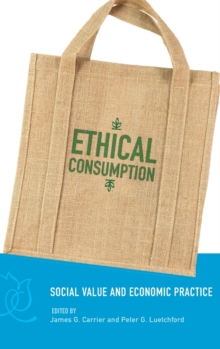 Increasingly, consumers in North America and Europe see their purchasing as a way to express to the commercial world their concerns about trade justice, the environment, and similar issues.

This ethical consumption has attracted growing attention in the press and among academics.

Extending beyond the growing body of scholarly work on the topic in several ways, this volume focuses primarily on consumers rather than producers and commodity chains.

It presents cases from a variety of European countries and is concerned with a wide range of objects and types of ethical consumption, not simply the usual tropical foodstuffs, trade justice, and the system of fair trade.

By locating consumers and their practices in the social and economic contexts in which they exist and that their ethical consumption affects, this volume presents a compelling interrogation of the rhetoric and assumptions of ethical consumption.