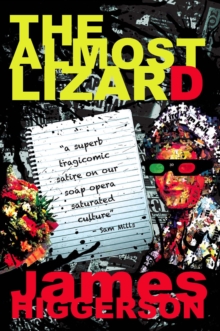 `a superb tragicomic satire on our soap-opera-saturated culture' Sam Mills, author of The Quiddity of Will Self `a neat idea... a plot full of death and disaster' The Metro Today is Daniel Lizard's twenty-first birthday and he has just completed his autobiography.

Now, he plans on killing himself, leaving behind possibly the longest suicide note ever committed to paper. Daniel creates soap operas in his head - a game that he plays on his paper-round.

Rather than a phase, this is just the beginning of a fantasy that becomes more and more elaborate as the people around Daniel become his unwitting co-stars. Daniel begins to realise that, in life, you cannot write all of the scripts, there is no-one there to shout cut or hit rewind and, inevitably, all manipulations have their repercussions.